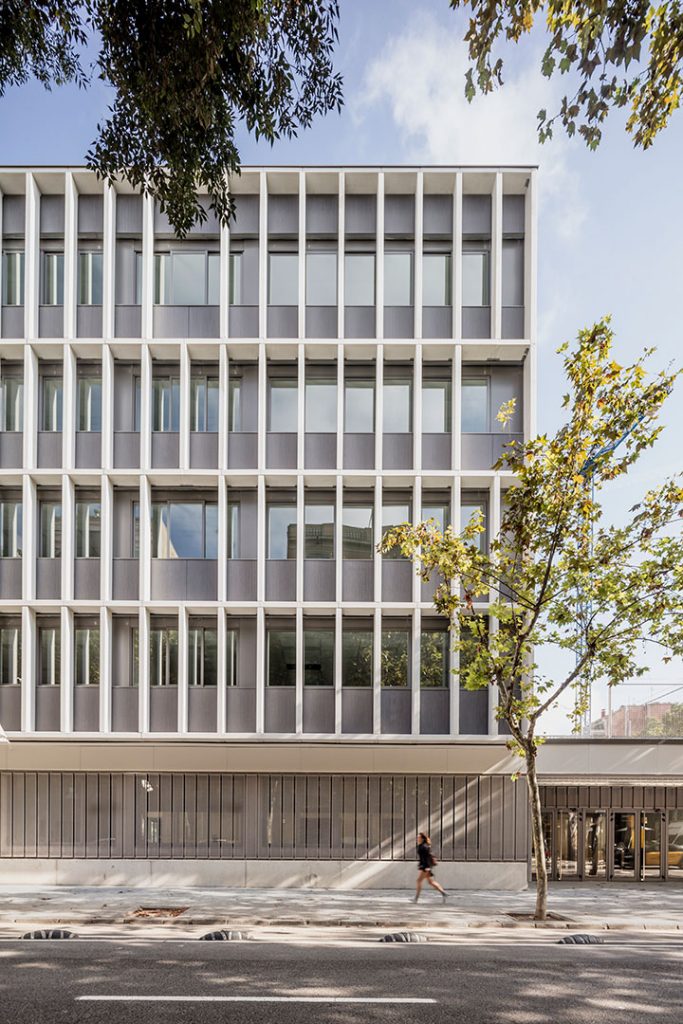 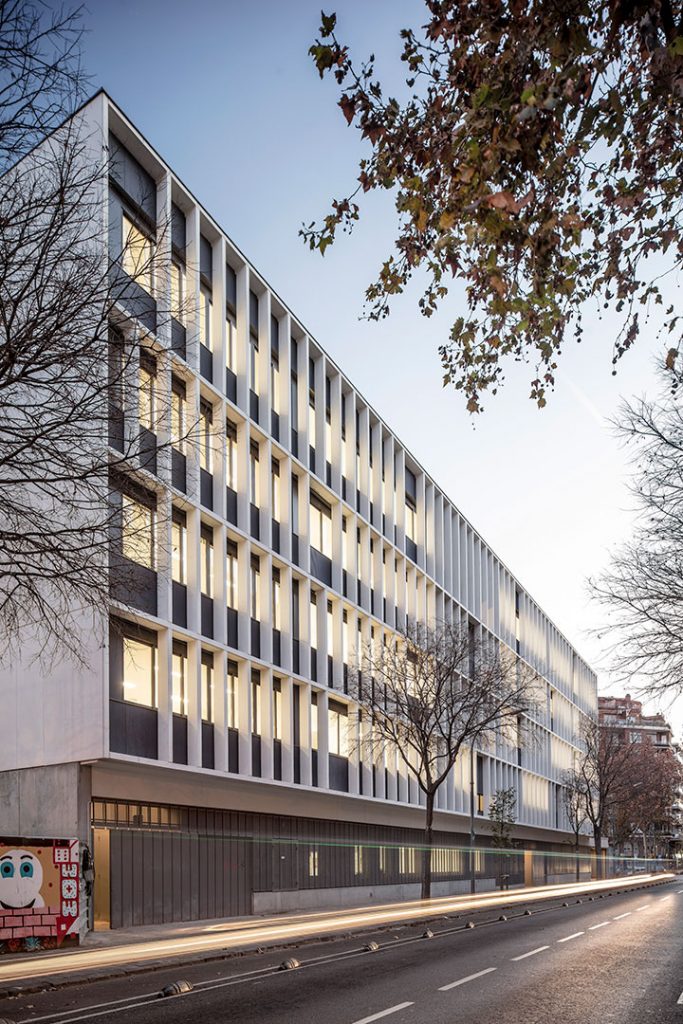 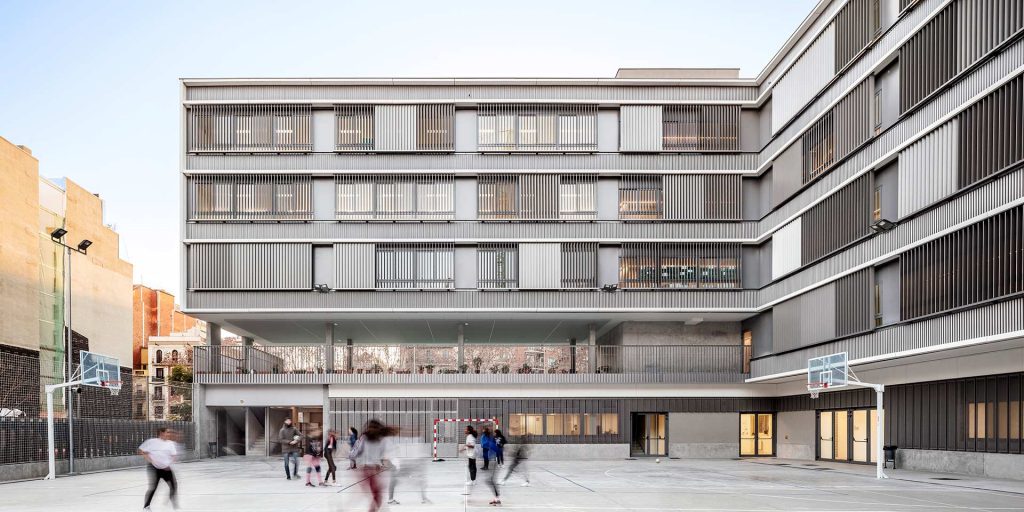 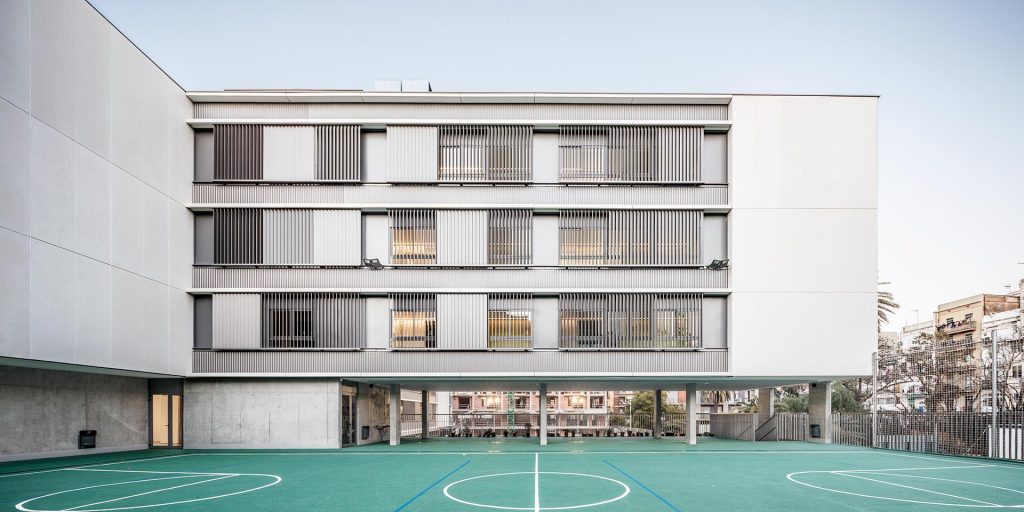 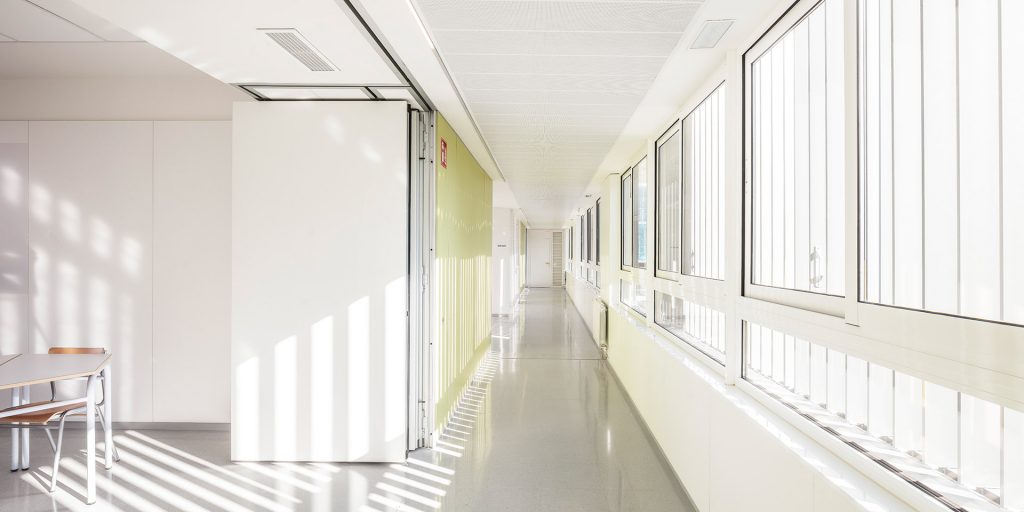 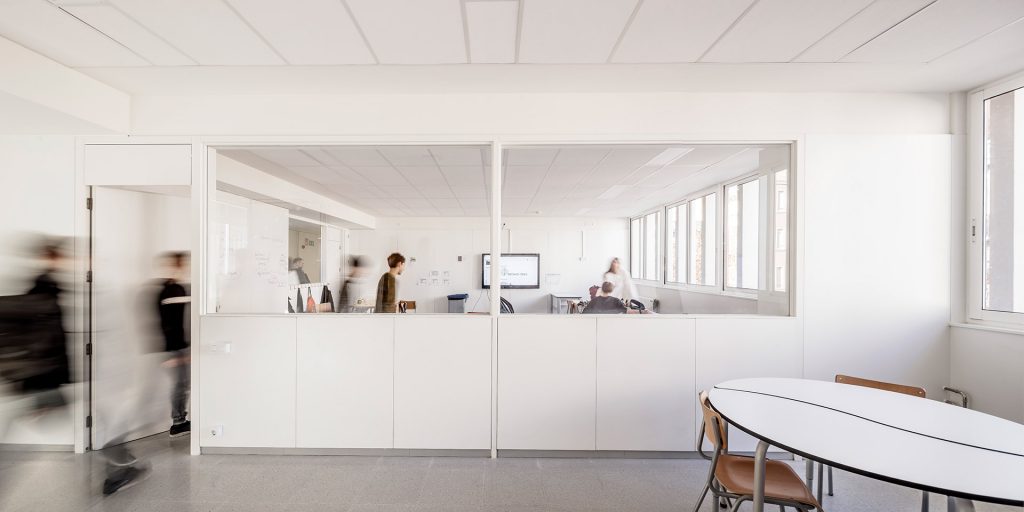 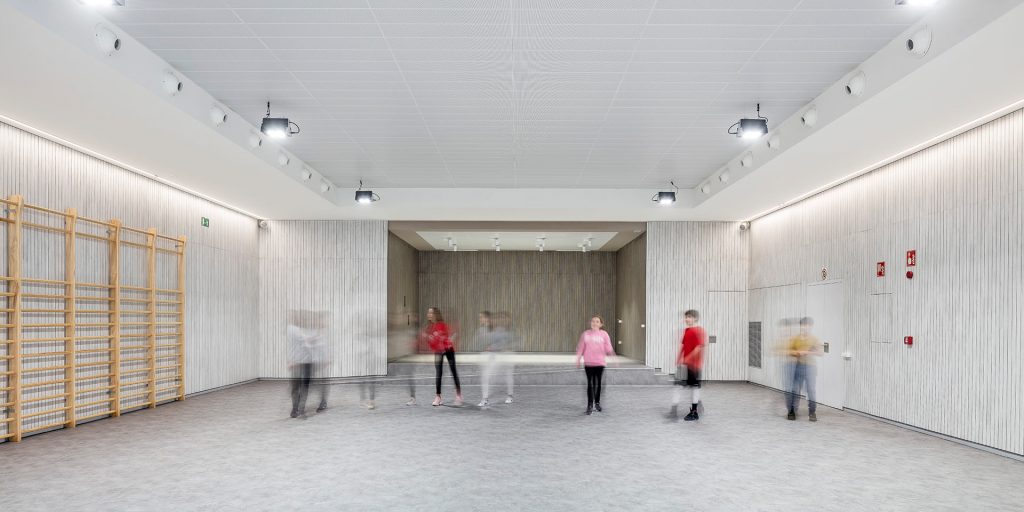 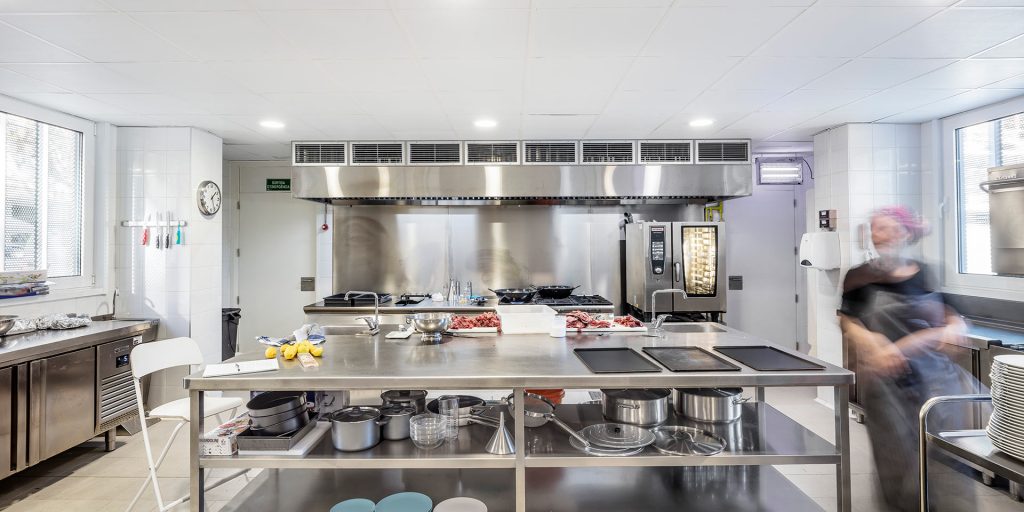 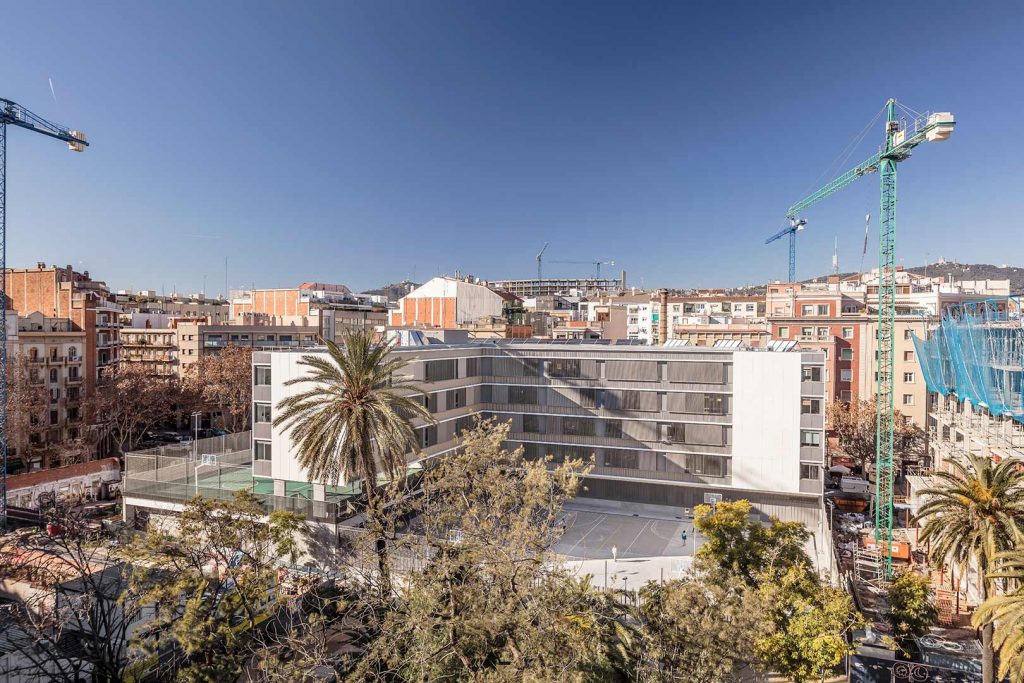 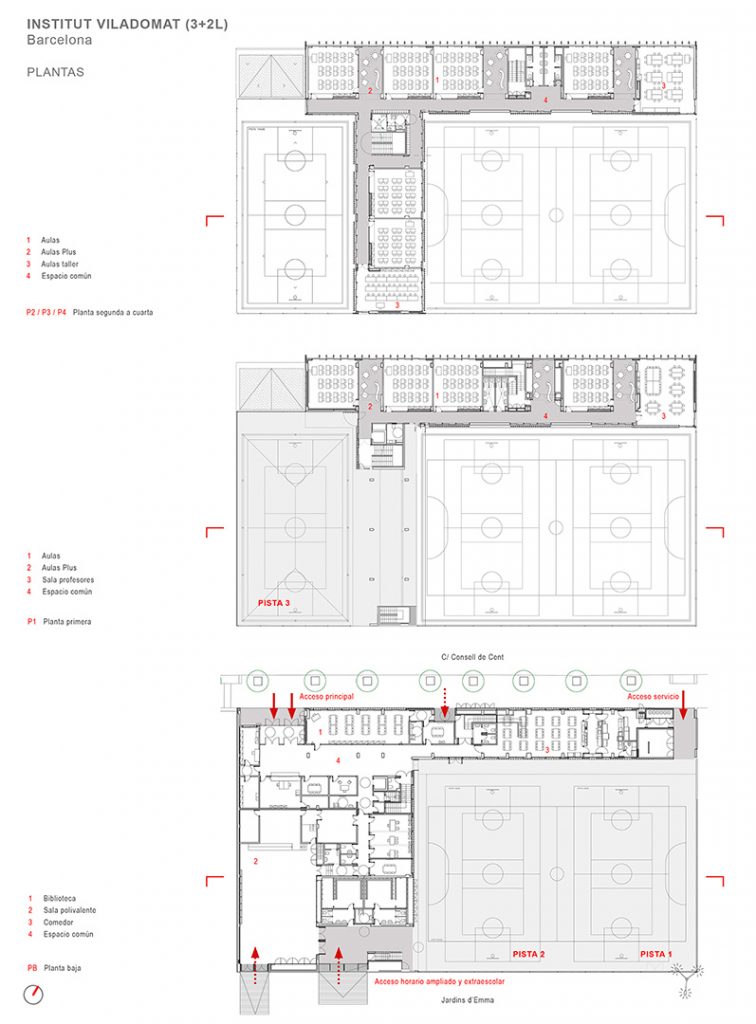 Description
The new secondary school is located in a rectangular, slightly flat plot of Barcelona’s Eixample grid. Its two major sides draw the fronts of both Consell de Cent street and the block’s interior, an already existing gardened area of notable environmental value. The smaller sides define the limits with the two future neighboring facilities located on the chamfers: the nursery school and housing on Comte Borrell St. side and the School of Arts in Viladomat’s façade.
The building is proposed with a T-shaped scheme, with a long side that defines the alignment to the street and a perpendicular volume whose structure is arranged in the gap between the two tracks. The two built bodies draw two large patios oriented at noon and open to the interior of the block, making it easier for the sun and vegetation to be incorporated as ingredients in the definition of the interior landscape of the institute. A void in the first floor of the perpendicular volume allows the appearance of a large covered space, which becomes a balcony that relates the two large open areas of the institute.