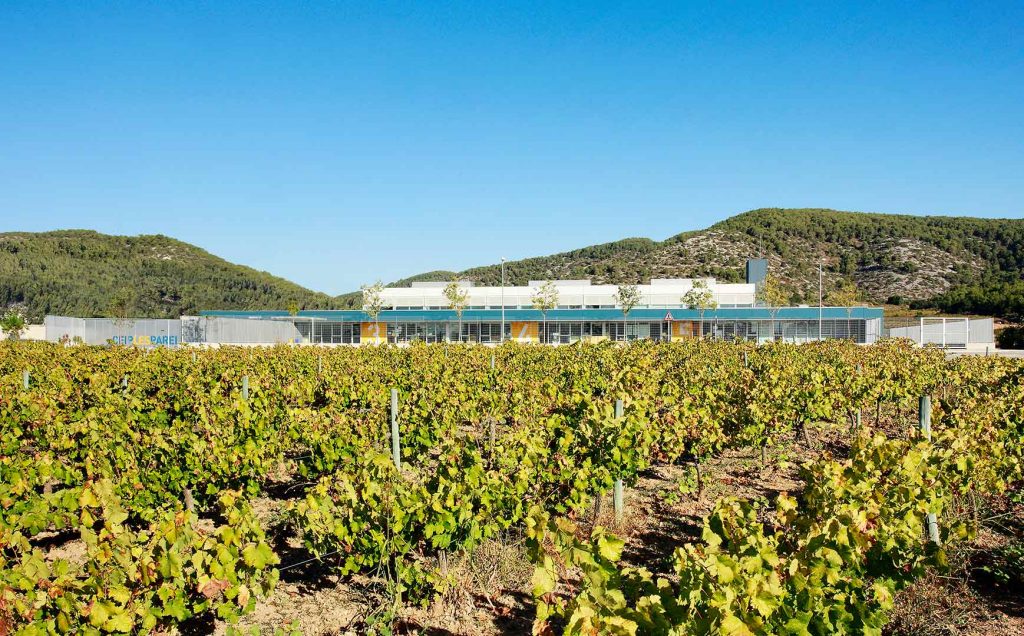 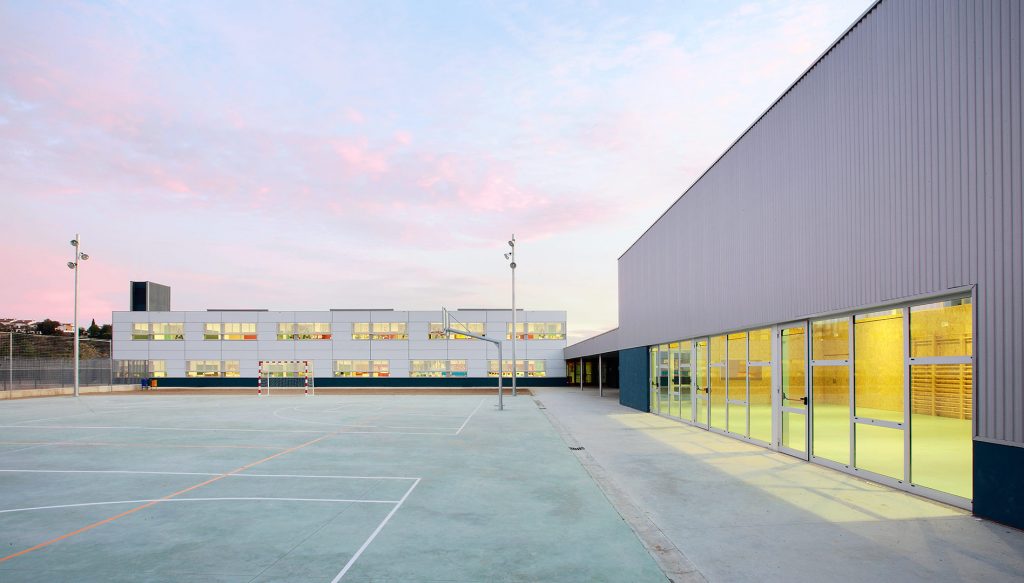 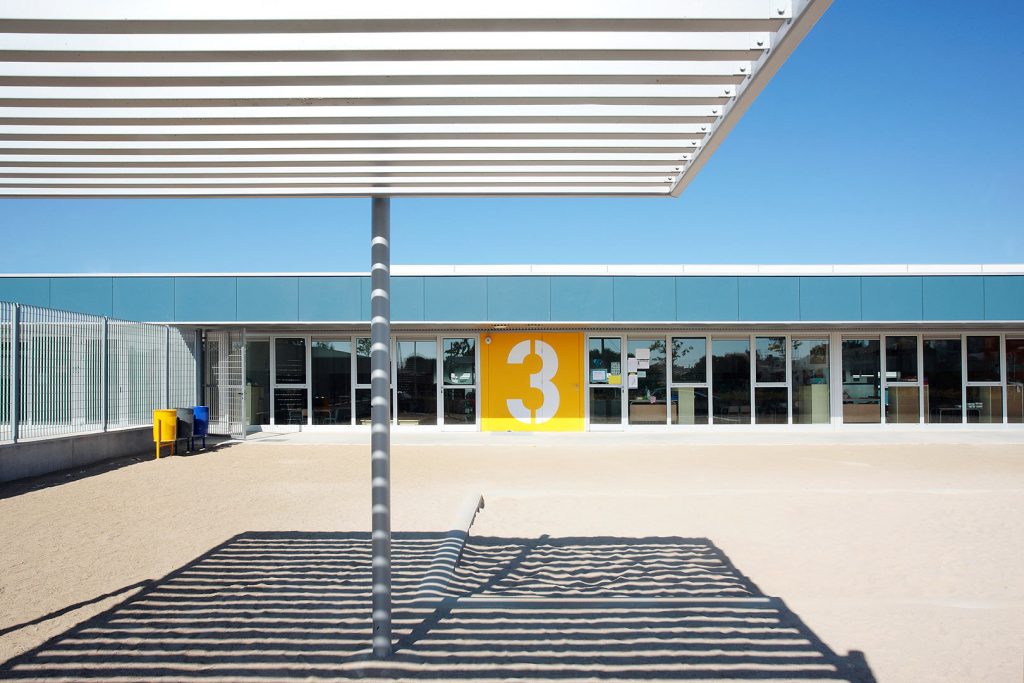 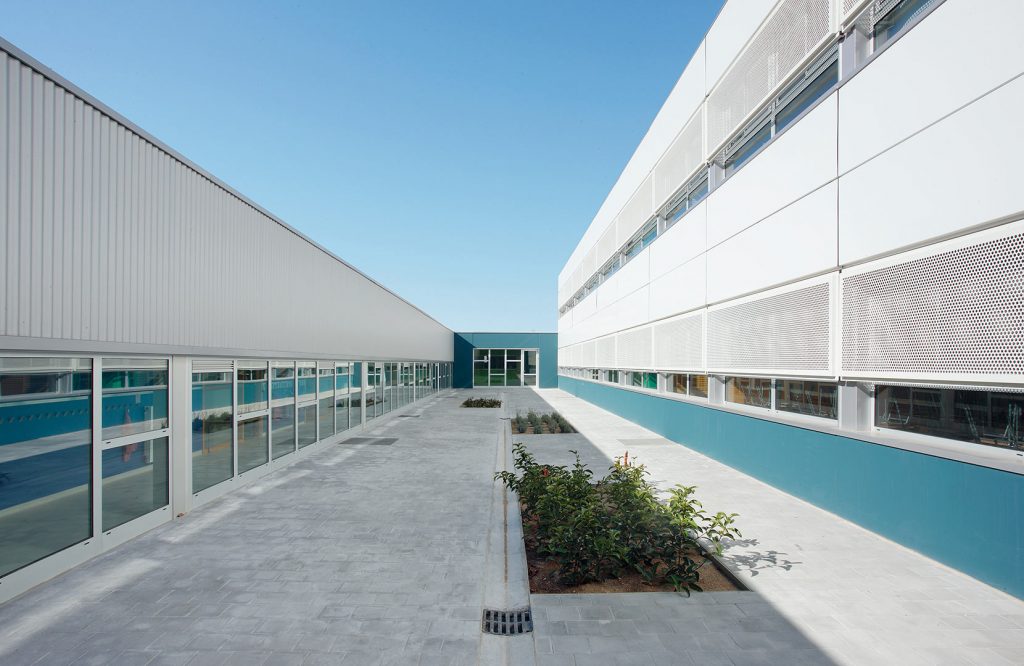 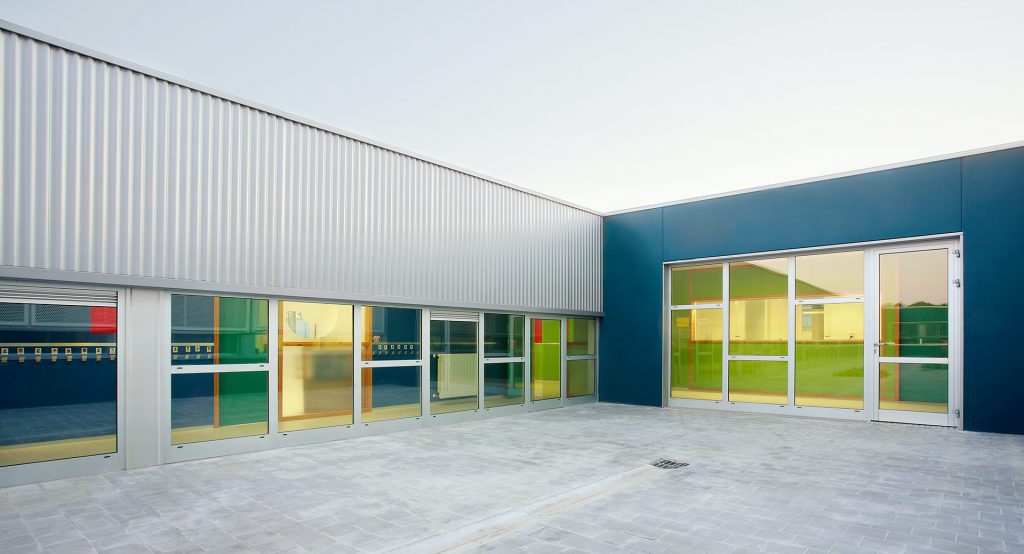 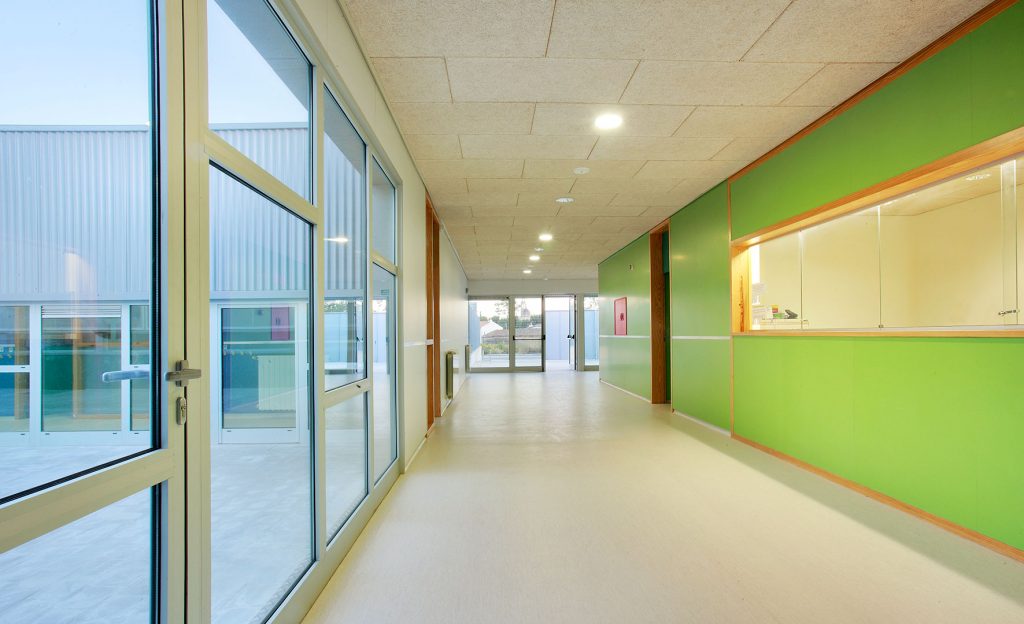 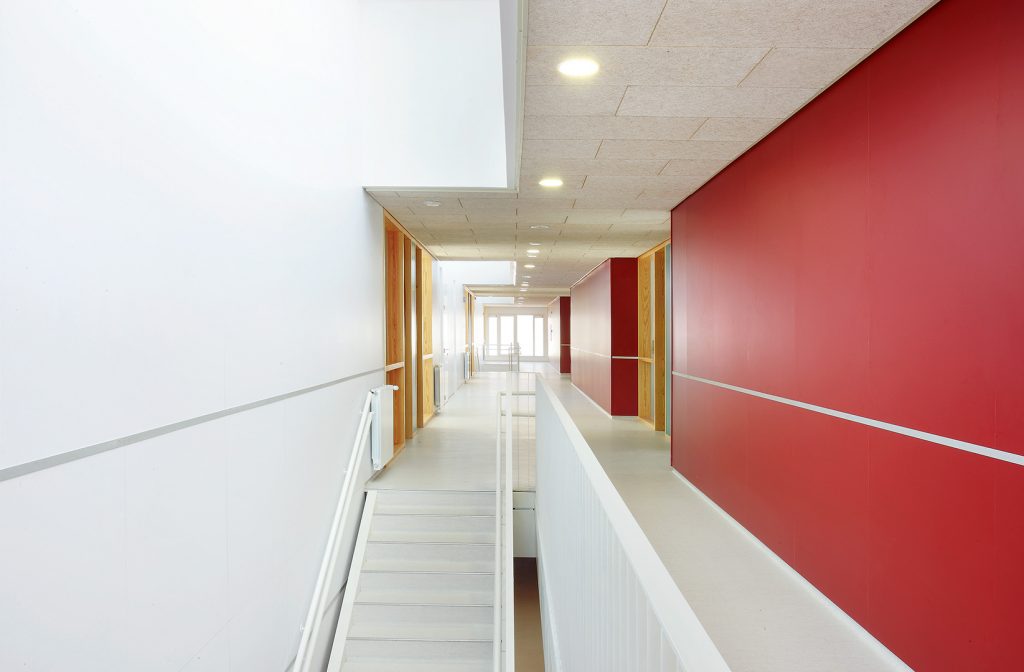 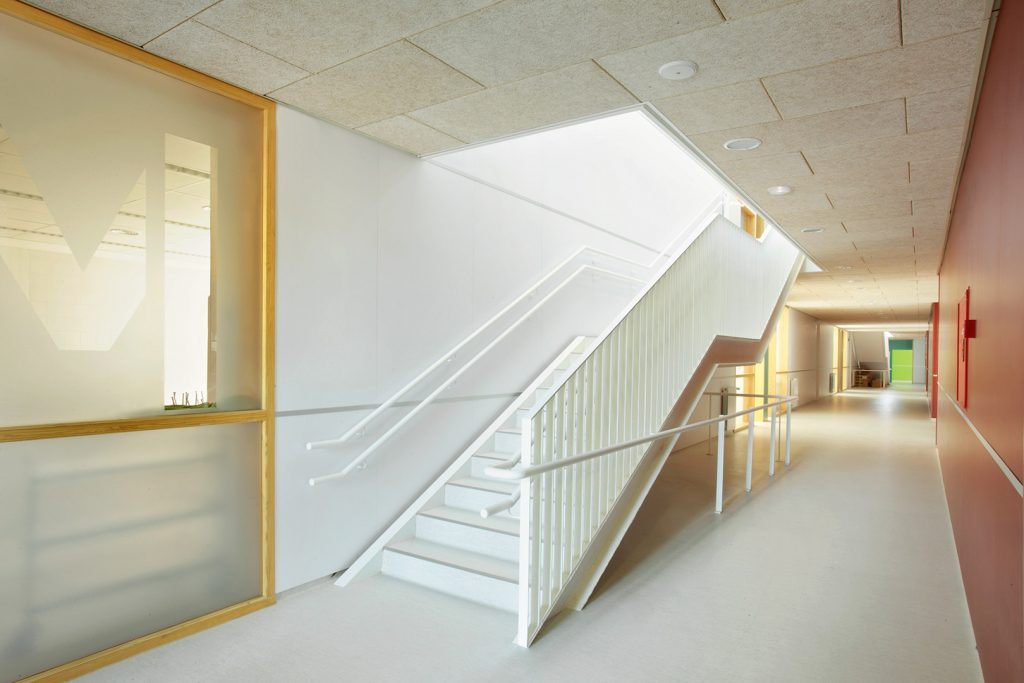 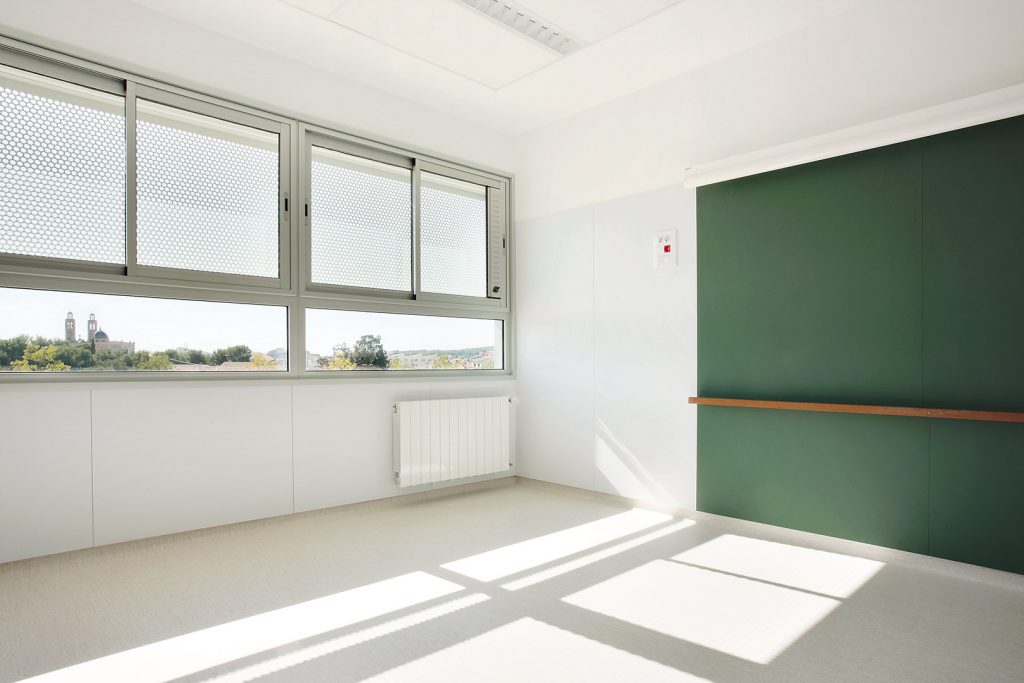 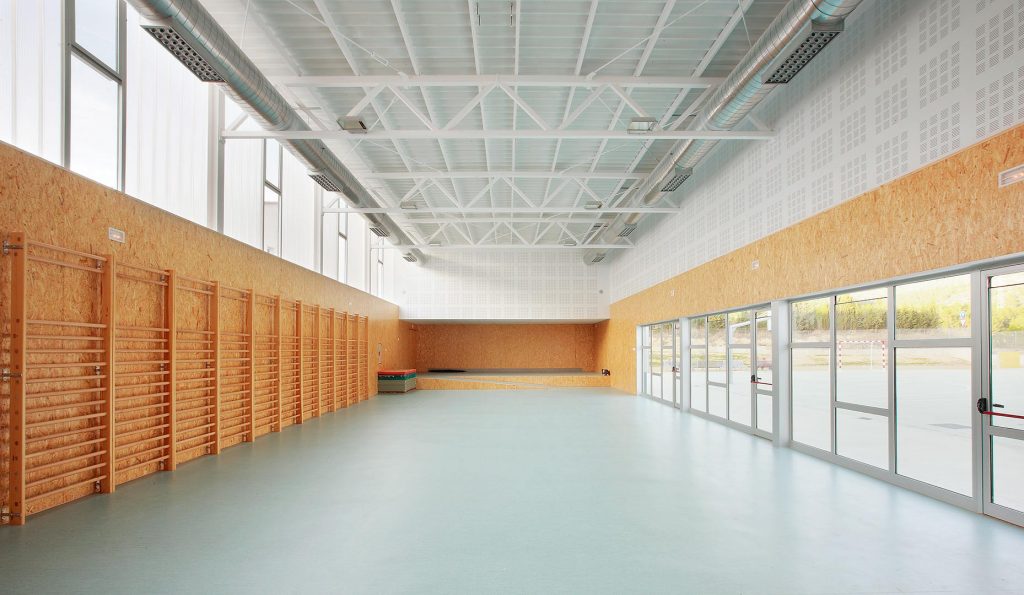 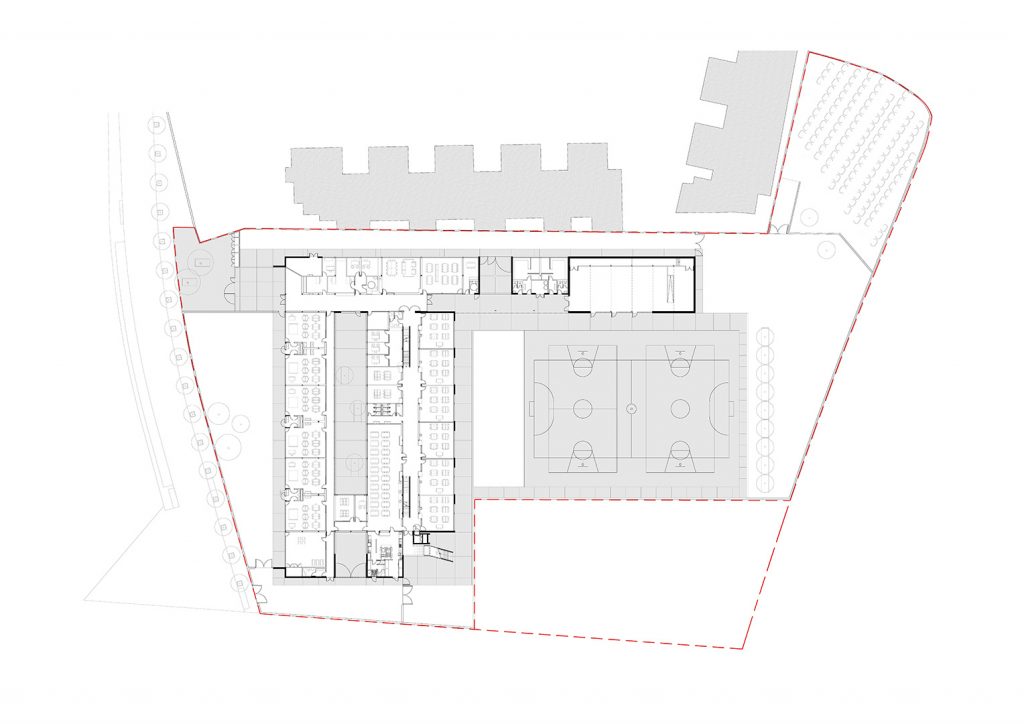 Description
The school is located on the outskirts of the town, bordered by vineyards and having the Prelitoral Mountains as a background. The building aims to blend in within the scale of the landscape and the few surrounding buildings. The image of the building is based on two parallel and south oriented volumes, separated by a longitudinal courtyard, where classrooms are placed. A succession of hierarchical plans and displays the specialization of classrooms: first pre-school classrooms and then the primary school.
The process and system construction of this educational building reflect our interest to introduce in our work a high level of technology and industrialization. Thus, the school is made of prefab three-dimensional self supporting boxes, which were later transported to and assembled at the construction site.