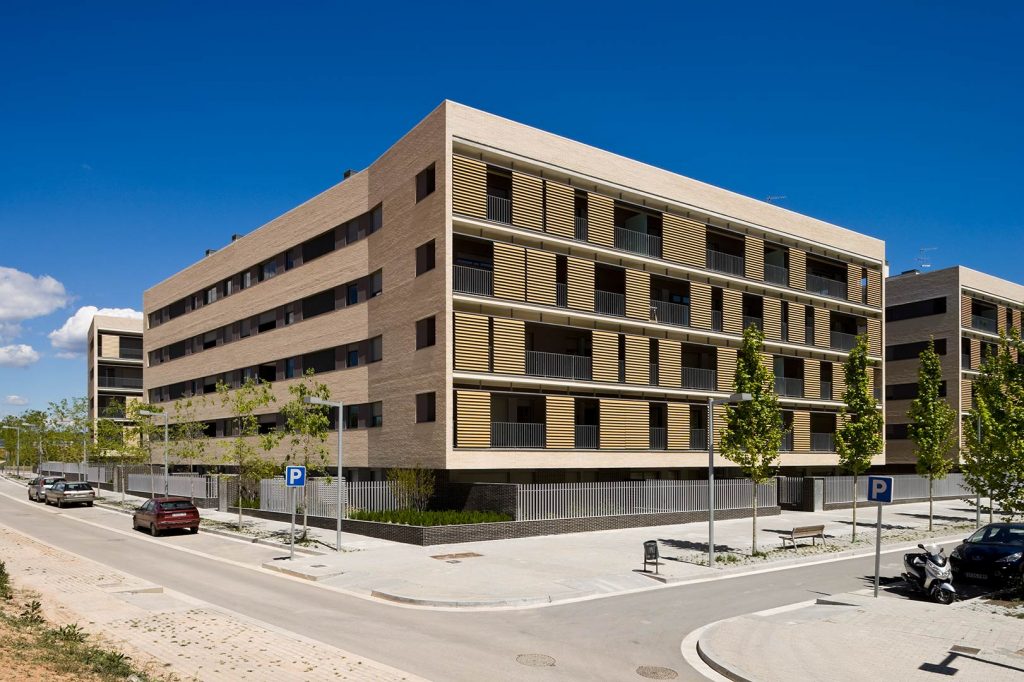 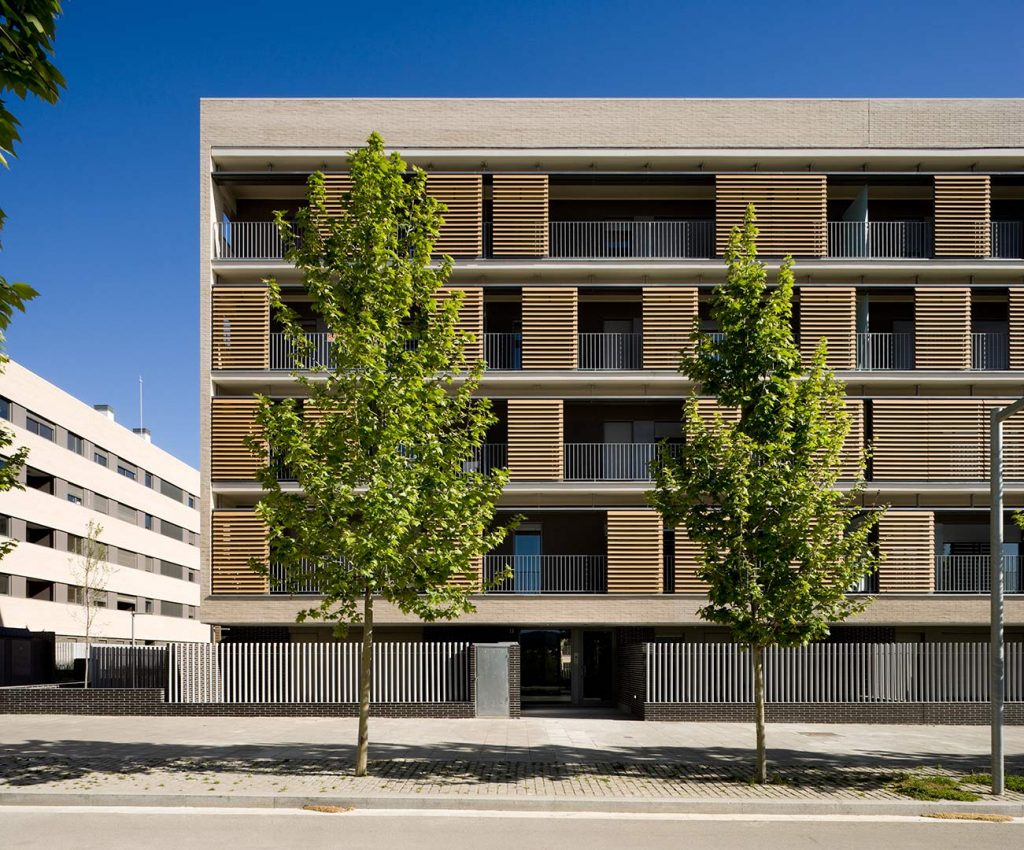 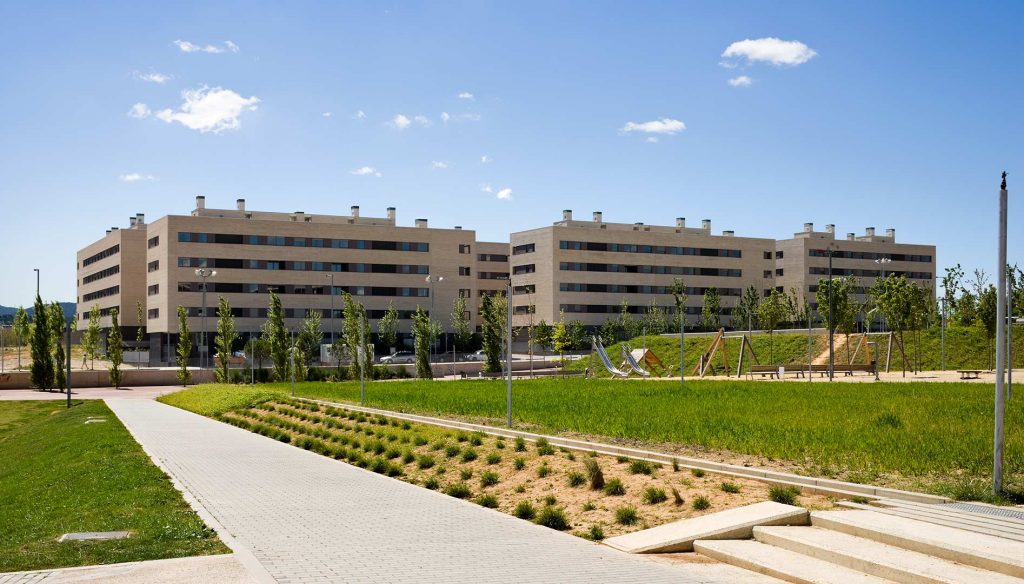 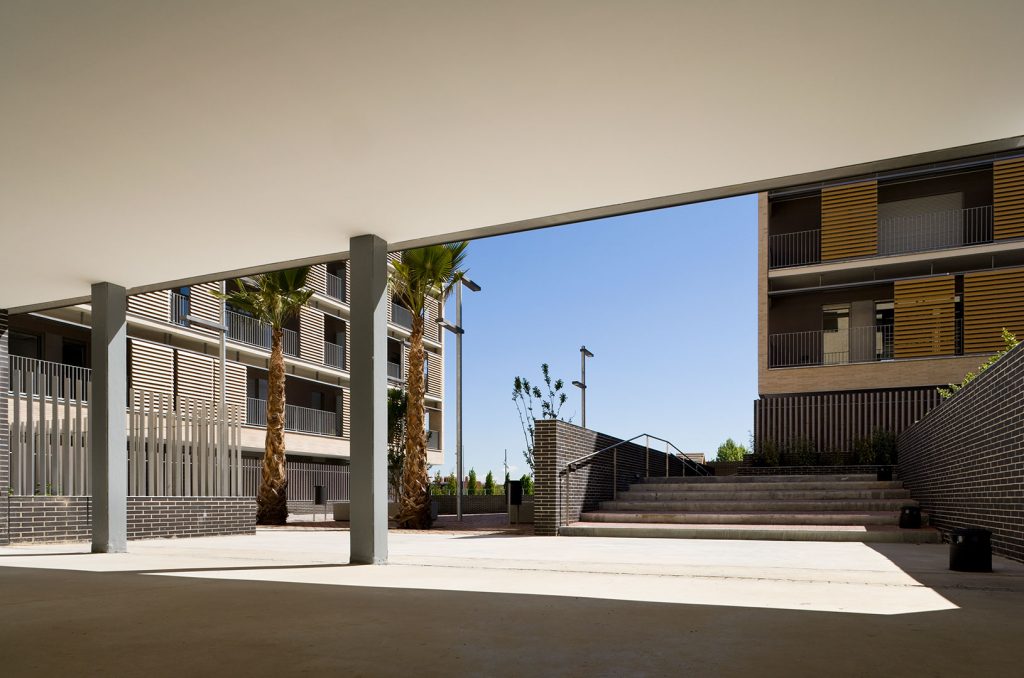 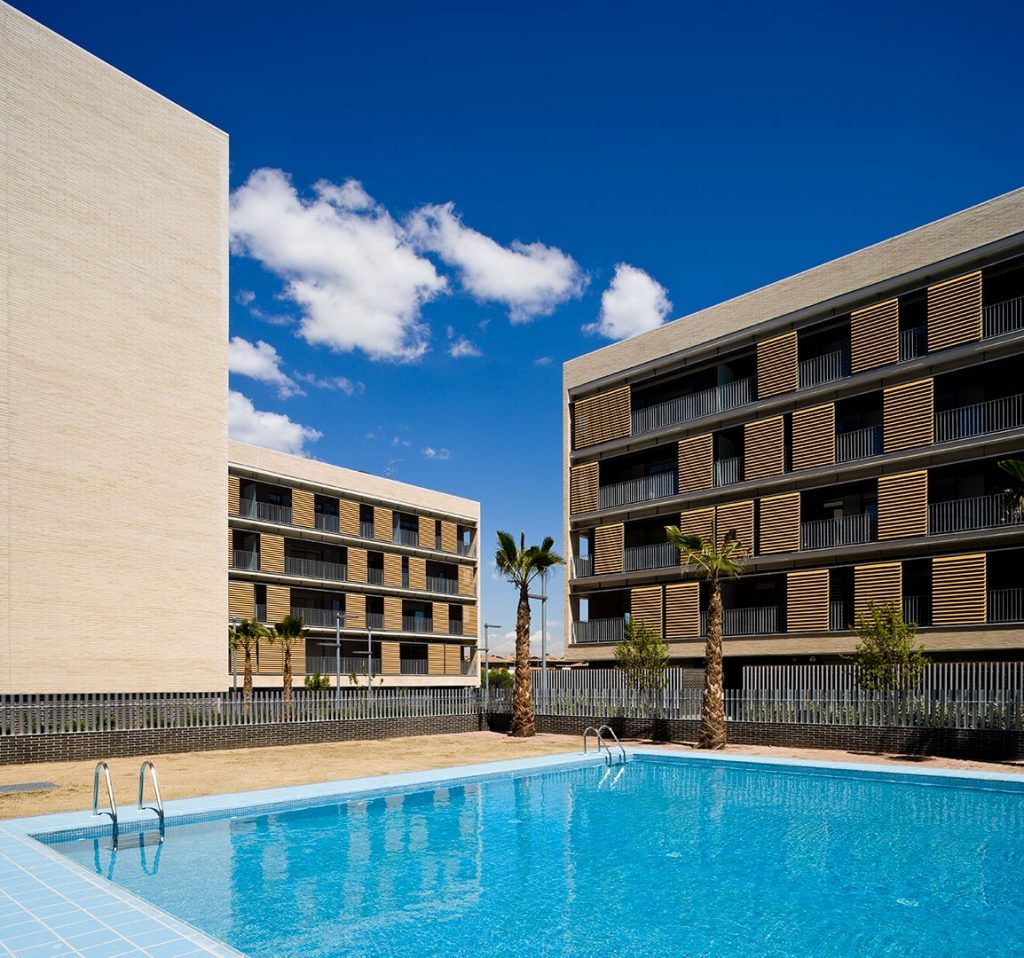 Description
Given the dilemma of choosing between views to the park or good orientation, this project opts for a narrow construction, about 10 meters, which allows to have apartments with a large facade development in which the living room opens itself to the outside at both sides and formalizes the central space of the house.
The complex consists of a series of L-shaped volumes that define a sequence of concave spaces. These gardens allow understanding the interior of the block not so much as a single central area of large dimensions, but as the interlaced sum of different episodes of domestic scale linked to the “promenade” and the relative position of the building. Thus, the normative separation between the built bodies does not have any more a residual character, but instead adds itself to a general idea of the interior open space.