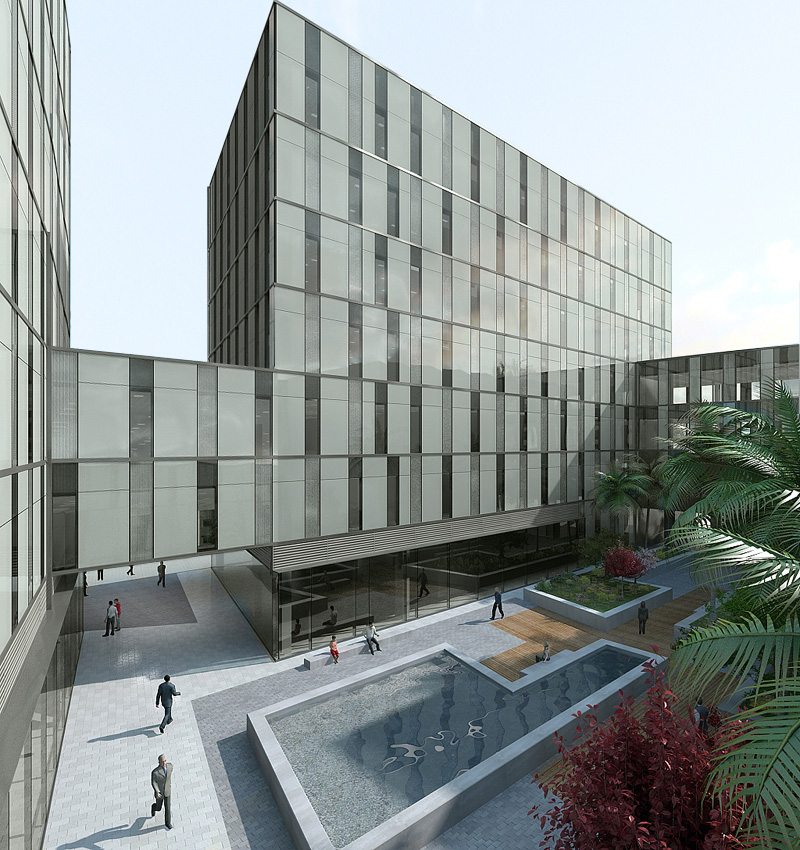 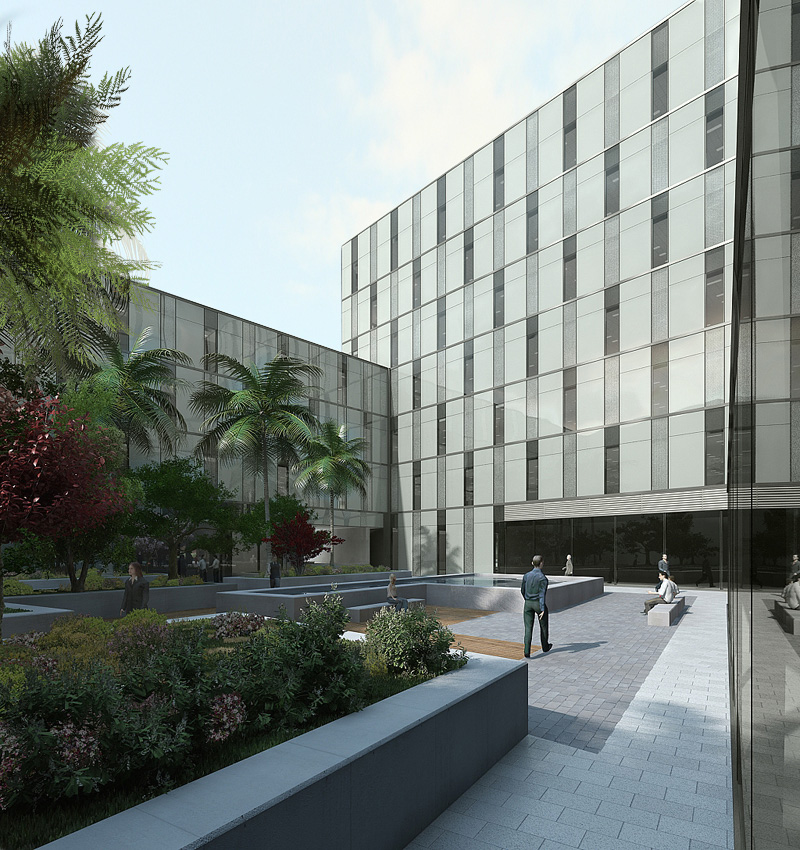 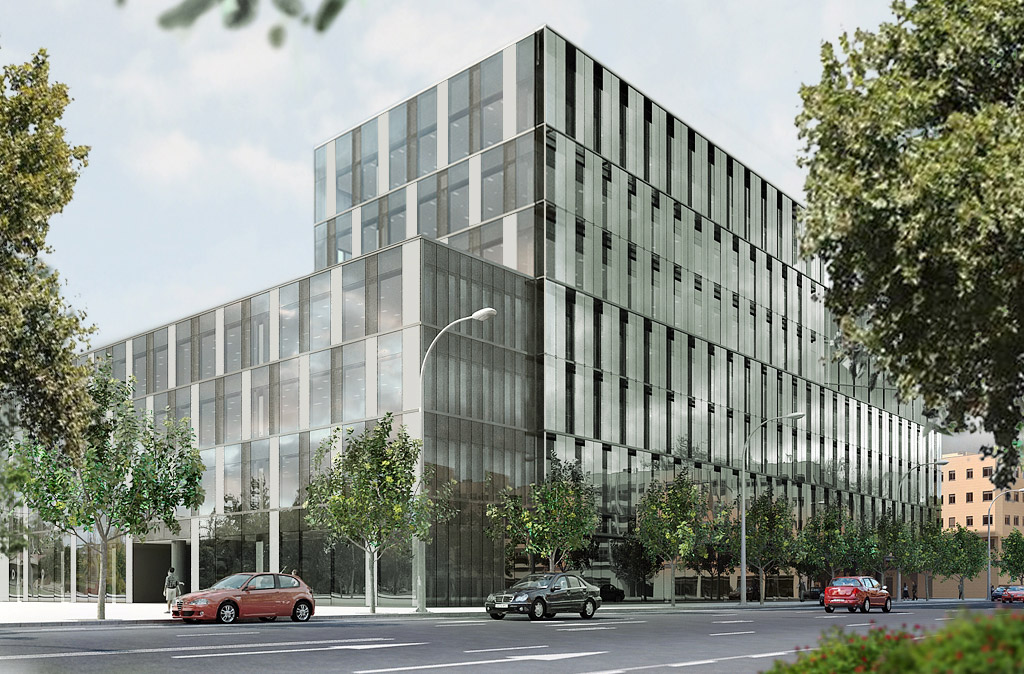 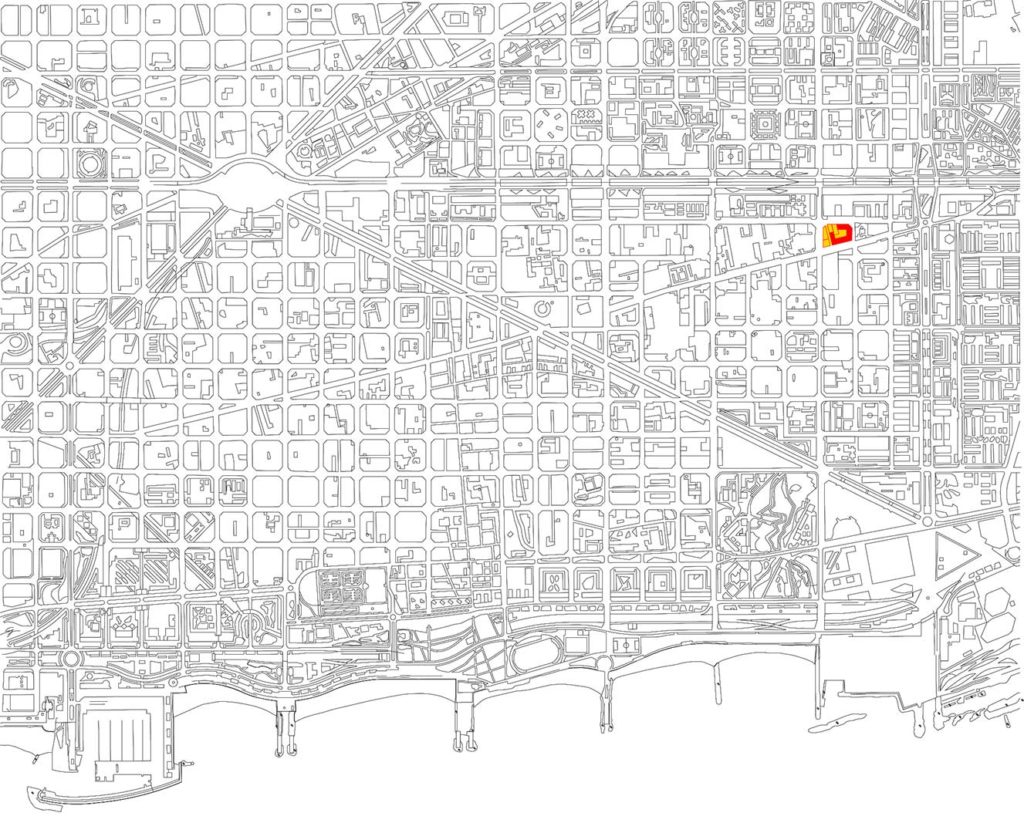 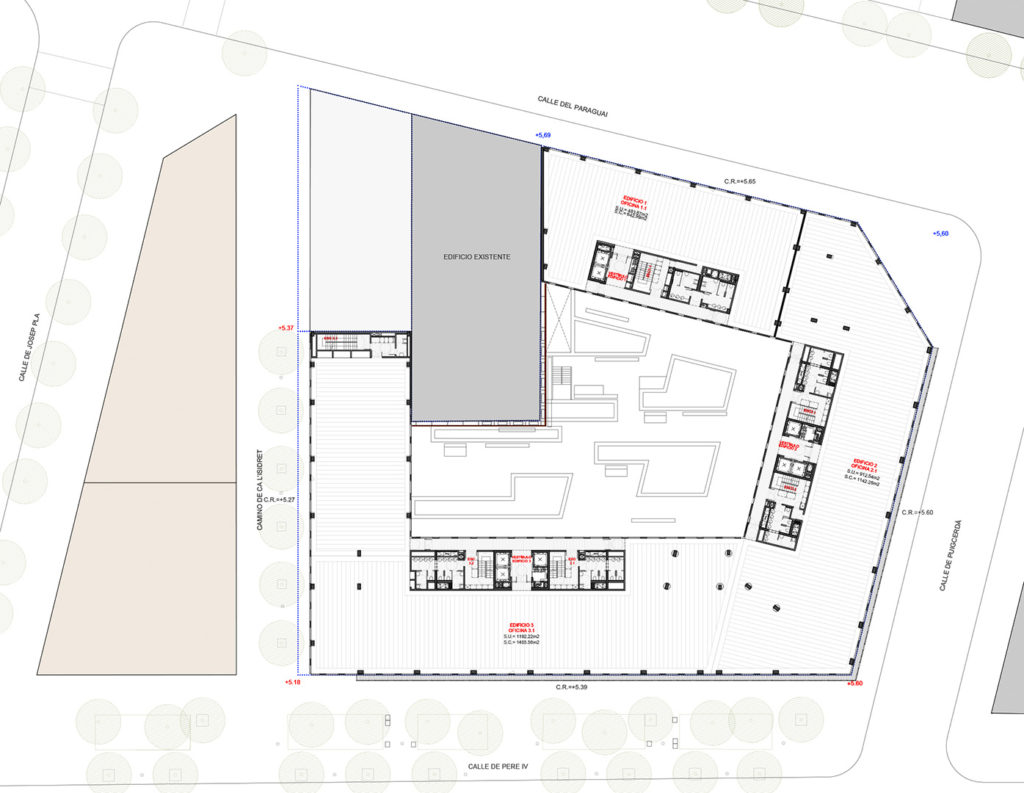 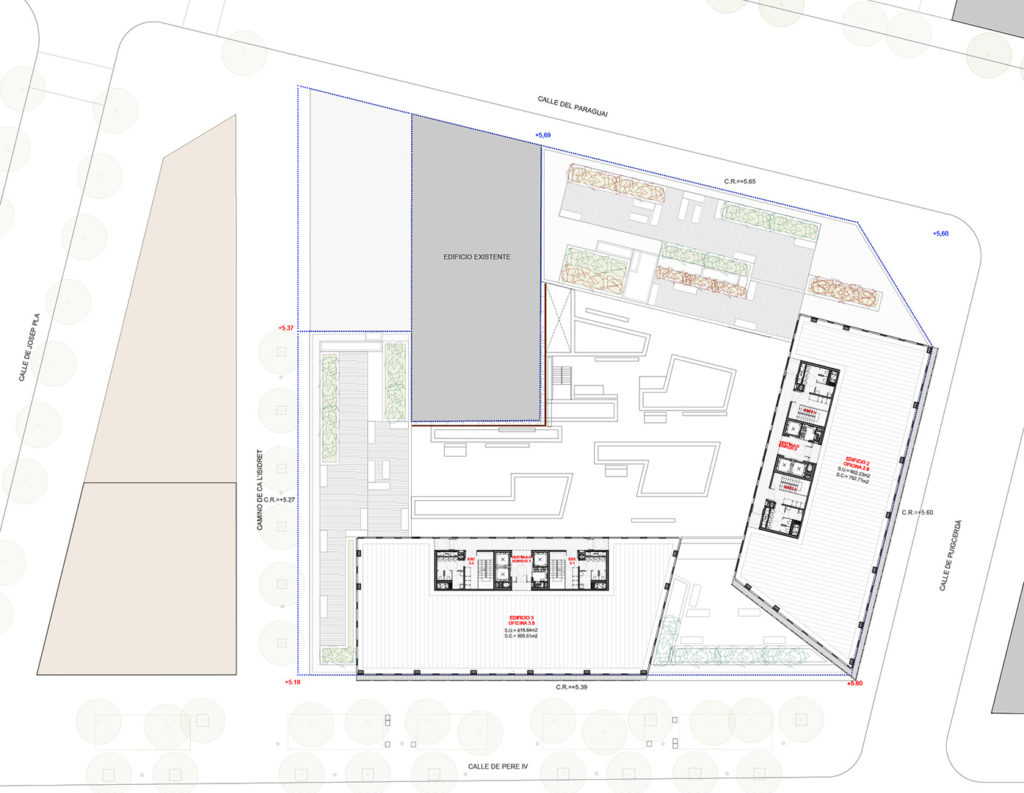 Description
The ATRIA office building is conceived as a low volume of four levels -the plinth- that is aligned continuously and uninterruptedly along (the external limit of the plot) the fronts of Pere IV St. and Puigcerda St. Above this plinth, two taller bodies emerge of up to seven stories -the towers-, creating a void in the corner that concentrate most of the expressive and architectural values of this project. As a result, ATRIA appear as a compact and continuous whole in which a series of sculpting and casting operations defines the shape of the building. An attempt is made, through this mechanism, to obtain maximum architectural expression from the scale of the built object and to allow a permeable ground floor with two large penetrations from the street. These openings are intended to facilitate access and communication from the outside to the interior of the block, a space that, treated as a large atrium, centralize the entrance to all the lobbies and defines the environmental quality of the complex.

Glass is the basic element of the facade, because of its reaction to light, offering a dynamic and ever-changing image of the building. Its module responds to the orientation, varying the proportion between opaque and transparent units with a pattern and preset rules of 2/3 – 1/3. Pere IV and Puigcerdà St. has a second exterior, open and ventilated skin, that explores the figurative possibilities of this architectural element, presented as autonomous plans that overlap the interior enclosure.